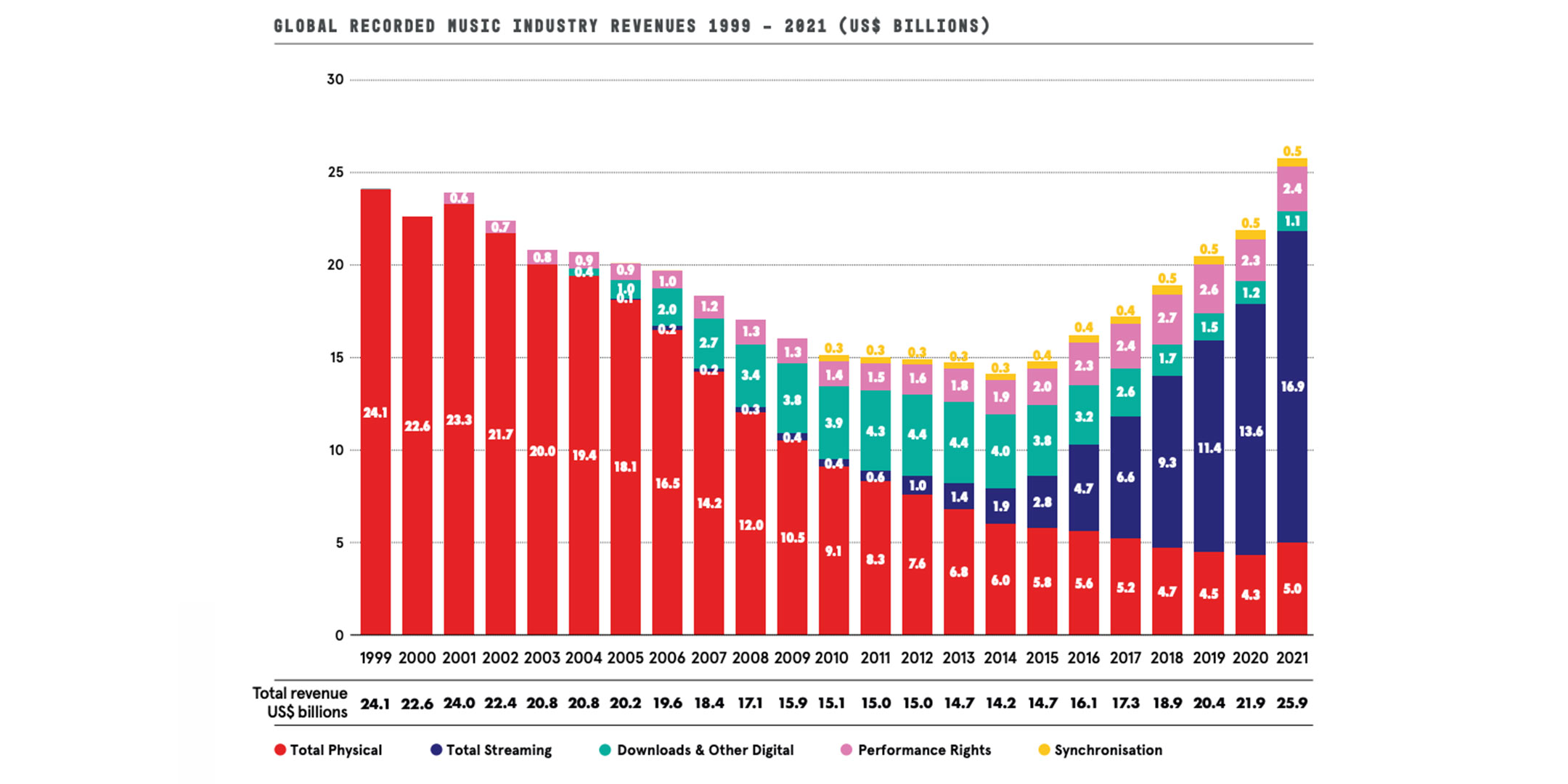 Since 1999, the recording industry association IFPI collects data on the „Global Recorded Music Revenues“, meaning the revenues of the music industry – and they have never been as high as in 2021. Compared to the previous year, worldwide revenues increased by a whopping 18.5%, reaching 25.9 billion dollars. That makes it the seventh year in a row in which they’ve grown. The main responsible party for this? You’ve guessed it, streaming. And yet another piece of good news: These revenues are growing in all regions of the world.

Of these 25.9 billion, 16.9 billion can be credited to streaming. For the first time since 2001, however, the sales of physical products have increased, as well, and are able to reach 5 billion. The remaining 4 billion are shared between downloads (1.1 billion), performance rights (2.4 billion), and sync (500 million). Publishing or revenues from live shows are not taken into account.

In total, streaming revenues grew by 24.3%, not in the least due to the 18%-growth of premium subscribers (from 443 million in 2020 to 523 million). Yet what is also surprising are the revenues garnered from ad-based streaming. Compared to the previous year, these have grown by 31% to reach 4.6 billion. Thus, so-called “free streaming” has garnered almost as much revenue as CD and vinyl sales.

Every year, the market analysis company MIDiA releases its evaluation a few days before the IFPI. They actually found the growth to be as a high as 24.7% and the revenues to reach 28.8 billion. How can this difference of almost 3 billion dollars be explained? MIDiA sees two possible reasons for it. One the one hand, they believe that the IFPI, which is dominated by the major labels, massively underestimates the revenues of the independent labels and the artists who release their music themselves (meaning, via a distributor such as iGroove).

MIDiA estimates that independent labels made 8.4 billion and the artists who released independently 1.5 billion, totaling 9.9 billion. The IFPI, however, only reports 7 billion, which would mean that the independent sector grew significantly less than the major labels. The second factor is that MIDia also takes into account streaming revenues generated from TikTok, Meta, Snap, Peleton, or Twitch. They put these at 1.5 billion, and they assume that these numbers are missing in the analysis done by the IFPI.

Regardless of whether the IFPI or MIDiA has the more precise data, it was an incredibly strong year for the music industry. Considering these growth figures, it is also inevitable that many musicians will ask themselves why they themselves don’t receive a bigger share of these record revenues. 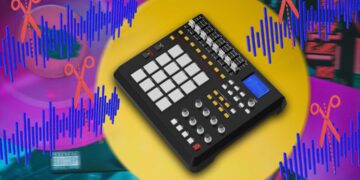