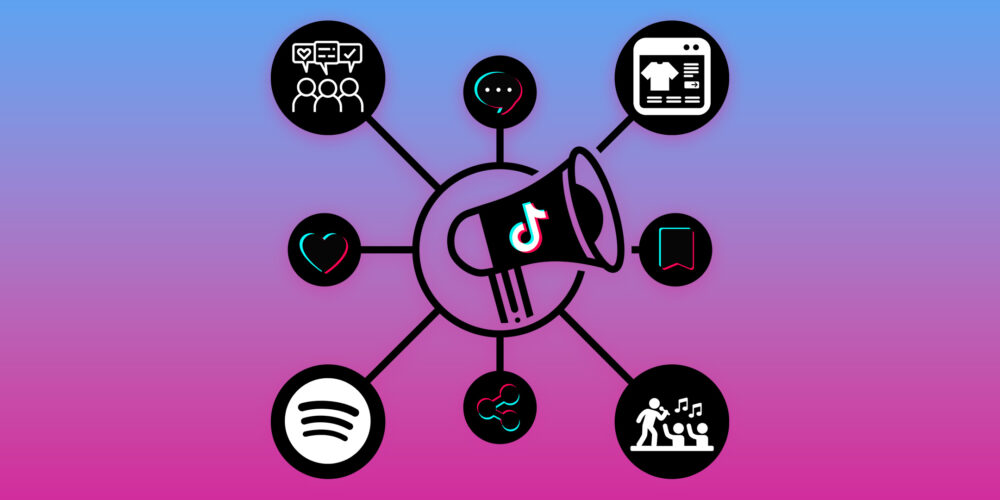 More and more artists are going viral on TikTok, thus putting themselves on the radar of the big labels. But what happens then? A team from Vox and The Pudding wanted to find out and took a closer look at the songs that went viral on TikTok in 2020. Those who still need more evidence for TikTok’s massive influence and who still have doubts on whether TikTok reach can translate into streams will definitely get some answers in this documentary.

In total, they identified 1,500 tracks that went viral on TikTok in 2020, meaning around 4 per day. The majority of the artists were already somewhat established before their songs went through the roof on TikTok. At the end, they singled out 125 artists who were entirely unknown prior to the viral song and focused their data analysis on these artists only. What immediately caught their attention was what they call the TikTok-to-Spotify-Pipeline. As soon as a song hits the ground running on TikTok, the streaming numbers skyrocket, as well.

Artists who previously had essentially no monthly listeners reached an audience of millions in no time. This is not least due to the fact that Spotify adds them to the big playlists. What they also noticed: the songs included in the playlists are not just those that went viral but also other tracks from the same artist.

In 2020, there were 332 artists that made their debut in Spotify’s Top 200 charts – a quarter of them thanks to their TikTok hype. We see here once again the very direct influence TikTok has on the charts.

The majors outbid each other

The major labels are continuously losing market shares, and in order to boost them again, they are paying very close attention to the trends on TikTok to pounce on the rising artists right away. Quite often, majors will even try to outbid each other, since they can see a return on their investment with just one viral track. The artists are baited with a high advance payment of around five or six figures and sometimes even north of a million. But as we know, advances are no gift.

In return, often very inexperienced artists will forever transfer their master rights to the label. On top of that, 85% of the generated revenues will go to the record label, as well. The artist, of course, will only receive the remaining 15% once they have brought in the advance. And with a share of 15%, it naturally takes a really, really long time to make hundreds of thousands of dollars. Often, it simply doesn’t happen. But according to the documentary, because so many labels jump on these viral artists, a massive shift has occurred here.

Instead of the 85%-deals that are typical for the industry, there are now contracts being offered in which the master rights are only licensed for 12-15 years and the profits are split 50-50.

Longevity or just a viral moment?

1. If you’ve successfully managed to go viral on TikTok and to turn this into millions of streams, do you even need a label still?

2. Can artists use this viral moment to build something more long-lasting, meaning a fanbase, concerts, merch sales, etc.?

These questions, too, were part of the analysis: Out of the 125 artists, 22 had already gone on tours before the viral moment. 33 played in at least one show afterwards and 13 of them even played at festivals. So, some of these artists are well on their way from a viral sensation to becoming an established artist.