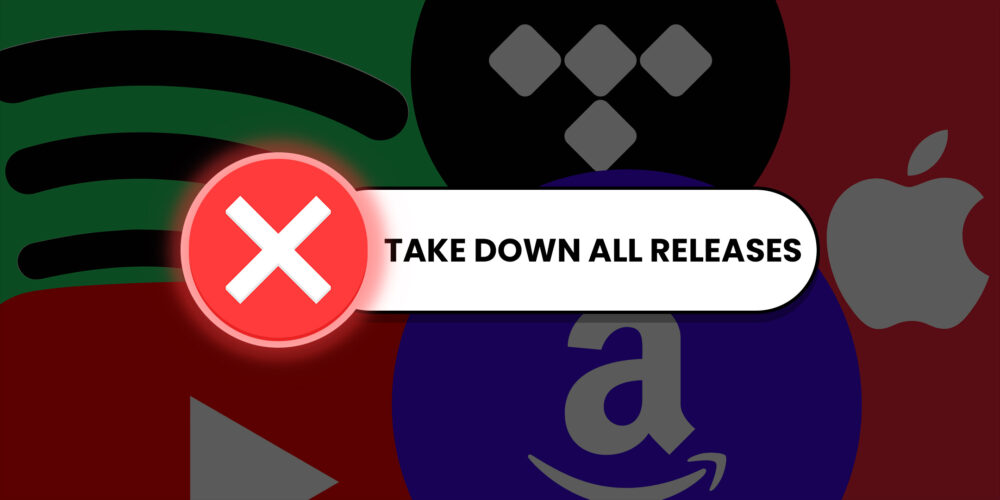 To call it a trend would certainly be an exaggeration, but lately, there have been quite a few artists who have either removed their music from streaming services or didn’t even upload it there in the first place. On the one hand, these include artists like Neil Young, Joni Mitchell or India Arie, who removed their music from Spotify as a protest against Joe Rogan. On the other, there is also Kanye West, who never even made “Donda 2” available on streaming platforms, as well as Snoop Dogg, who had the entire Death Row catalog removed.

Growing number of alternatives to streaming

While the reasons may vary, the signal sent out is the same: streaming is no longer as unrivaled as it previously seemed. Some of you may have asked yourselves already whether you should do without the tips from streaming providers and rely on the direct-to-fan route instead. After all, with NFTs, subscriptions, Bandcamp, and sales via a personal website, more and more doors have been opened in this area.

But first, let’s take a closer look at the previously mentioned artists and their motives. As we said, Neil Young, Joni Mitchell, India Arie, and others had their music removed from Spotify out of protest. But this only applies to Spotify – the music is still available on all the other DSPs. So, it’s not a protest against streaming per se. Additionally, these are all established artists who can stomach the lost revenues and afford the idealism.

Is Kanye leaving the fans out?

It’s different with Kanye: his decision to release “Donda 2” exclusively on Stem Player is a clear sign of protest against the streaming economy. 3,000 units of these Stem Players are produced every week. Due to their production capacity and their steep price of 200 USD, there have only been at most of a few hundred thousand fans who have listened to his album (through legal means). With his decision, Kanye has thus excluded millions of fans who would have otherwise streamed “Donda 2,” as well.

This doesn’t really hurt him financially, as according to Kanye’s own accounts, he has already made 9.5 million dollars with the Stem Player. That’s great news for the self-proclaimed rap billionaire, but the decision also hits a sour note as many fans are left out for the sake of profit. He thus positions himself closer to the big companies that he has seemingly criticized rather than the artists, for whom he purportedly wants to show alternatives.

What are Snoop’s plans with the NFT-label Death Row?

What’s still a little unclear are the motives surrounding Snoop Dogg and the iconic label Death Row which he recently acquired. While he did announce that he would turn Death Row into an NFT-label, it is still written in the stars whether this means that the releases will not return to streaming platforms. Should Death Row’s releases really be available as NFTs only, he would create a similar sense of exclusivity as Kanye, making the product more expensive and leaving out a lot of fans. At first glance, Kanye’s and Snoop’s moves seem like self-empowerment, but really, they are primarily directing the profits from the DSPs right into their own pockets.

To their credit, you could say that they at least motivate many artists to think about the alternatives that are out there. But they took the superstars’ path, which is not adaptable for the average artists. So, should you remove your music from the DSPs? No! Streaming is no cash dump, but it is one of the best showcases for your art. And you can always look for alternatives on top of that, too. But as long as NFTs, Bandcamp sales or Patreon subscribers don’t pay the bills, you shouldn’t keep your music from the streaming audience.