From a consumer’s perspective, it all sounds amazing: Apple Music announced that starting June, they will be offering higher sound quality at no additional cost. Amazon Music quickly followed suit and wasted no time announcing that they, too, will no longer be charging extra. They are thus increasing the pressure on other streaming providers such as Deezer and Tidal, which charge a higher price for better sound quality, as does Spotify, which projected its HiFi quality launch to come later this year.

Good for the ear – bad for the wallet

Musicians see a positive aspect in this development, as well, since consumers now get to listen to their songs the way they were produced and not just some compressed version of them. But if you look at the royalties, then these are no good news for artists. By passing up higher subscription fees, Apple and Amazon are also passing up additional revenues, which means that less money is paid out to the artists.

But why are Apple and Amazon doing this? On the one hand, there is the competition with other streaming services, which all have approximately the same songs in their repertoire. But the more important reason is that for Apple and Amazon, streaming is by no means the main source of revenue. Rather, consumers are meant to enjoy the better sound quality on the speakers or AirPods that these companies produce. Just from selling AirPods alone, Apple rakes in more than double of Spotify’s total profits.

Subscription prices are too low

However, this is just the latest chapter in an already long-existing problem: Streaming subscription fees are simply too cheap. For many years now, the price has remained more or less unchanged at 9.99, or even significantly cheaper when it comes to family, duo, or student plans. But due to inflation alone, a Spotify subscription in the US, for example, should cost $13.36 instead of the $9.99 the company has been charging for the past two years.

Even though they argue that higher prices lead to more illegal downloads, Spotify did increase its prices in some of its markets. But the announcements made by Apple and Amazon will probably slow down the increase in price or even put it to a complete halt. The message to the musicians is clear: Don’t expect higher royalties anytime soon.

The only hope that remains is that while the streaming services might choose not to add a 5 Euro surcharge for HiFi, they might still raise the price for all their subscription plans by one or two Euros. If that doesn’t happen, then this will be yet another skirmish in the battle for market shares that is fought at the cost of royalties for artists and that is additionally fuelled by two tech giants primarily out to sell their own products to the users. 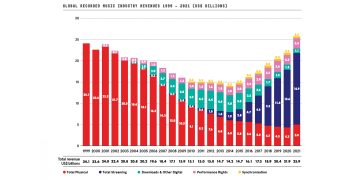