Playlist algorithms: This is how you push your songs! 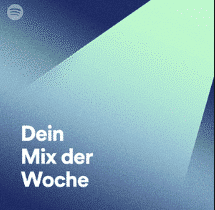 Streaming will undoubtedly continue to dominate the music market in 2019 and continue its steep rise (whether it will be equally steep remains open).

Since streaming is becoming more and more important, the relevance of playlists is of course also increasing. They are said to have replaced everything possible from radio to music journalism. This discussion can be held elsewhere, but what is certain is that playlists have become an integral part of the everyday life of musicians and especially of consumers.

So let’s take a closer look at the topic again and how playlisting works:

On the subject of curated playlists, we have already dealt with here in detail.

The most important thing here is that you don’t just go for the playlists created by the streaming services themselves (which of course are the biggest, but also difficult to crack), but also pitch user-generated playlists.

What do the algorithms pay attention to?

Of course, the algorithm does not care about the quality of the music. It only sees the numbers: How many people streamed the song, how many times it was saved, how often it was added to playlists and how many followers the artist has. These are some of the factors that play a role (how exactly the algorithms work is not disclosed by the streaming services).

What exactly are algorithm playlists?

As an example we take three playlists, which at least every Spotify user should know:

Every Monday, Spotify provides each user with a customized list of songs. The selection is based on the songs heard (or skipped) and the songs listened to by listeners with similar musical tastes. When an artist appears in this list, the main hope is that the listener will save the songs.

Every Friday the Release Radar offers up to two hours of new music compiled by the algorithm. In contrast to the mix of the week, the focus here is less on discovering new artists and more on the new releases of the week. Here the listener finds the new releases of the artists he follows or has heard in the past, mixed with some recommendations. So from an artist’s point of view it is important that as many people as possible follow you, because then the new release will show up in the release radar.

The mixtape is mainly based on genres and again on what the listener has heard in the past. If a listener has a very differentiated taste in music, Spotify can present up to six different mixtapes. The more regularly the user listens to this mix, the more often it is updated. So from a musician’s point of view it is important to establish oneself in his genre. Of course, the chance of landing in a mixtape in niche genres is higher than if you make pop music.

So music becomes pure data which the algorithm uses to calculate, and at least if you listen to a lot of music (and thus provide a lot of data), this works frighteningly well. As a musician, the goal must therefore be to feed the data monster with a lot of input as well.

How can I influence the algorithm?

The times where you release an album every 2 or 3 years and have no musical output in between are over. You don’t have to shoot out new singles every week, but a regular output certainly helps to keep the data machine happy.

Of course, even the biggest ouput is useless if the songs are not heard. So you have to build up a fanbase and then make sure that the fanbase stays active on the streaming services. The algorithms react, as already mentioned, to how often a song is saved to the library, liked or added to playlists.

It is therefore important to use its channels to encourage the fan community not only to listen to the songs, but also to save and share them. For this reason it is essential to always spread the streaming links via social media.

Especially you should encourage the fans to follow you (more on this below). The more followers you have, the more people learn about a new release and therefore there are more streams, saves and likes.

The algorithm always notices when your song is added to a playlist, whether it has millions of followers or just a few. The more playlists your song has been added to, the greater the chance to get into one of the algorithm playlists. It’s not only the size of the playlist that counts, but much more how well your song performs in the playlist. So if your song is in a large playlist but doesn’t fit in there and is therefore often skipped, it’s less useful than if it’s in a small playlist but fits perfectly there and is therefore heard.

As mentioned above: try to get into as many relevant playlists as possible and don’t focus only on the big playlists. Sometimes the playlist with a few hundred followers helps if your song is really heard there. So it’s also worth asking your own fans to add your song to their playlists. To underline this with a number: 20% of all streams generated on Spotify come from playlists, no matter if big or small.

If you pitch your song at least one week before the release, it will automatically be shown to your followers in the Release Radar. So don’t be late!

Do not expect miracles: it takes time to appear on the radar (pun intended) of the algorithm. But if you follow the above tips and implement them consistently, it will pay off eventually. You don’t have to generate millions of streams to do so, the threshold for “Your Mix of the Week” is supposed to be at 20,000 streams.

Recently Spotify started testing so-called “Personalized Editorial Playlists”. These are a mixture of curated and algorithmic playlists and therefore, like the algorithm playlists, unique for each user. In concrete terms, this means that Spotify’s editorial team creates the playlist and the algorithm then adds songs for each user based on their listening behavior.

This is of course a great thing for the listeners, but how can an artist be sure that his song, when added to the playlist, will be shown to every fan? Spotify has found a pretty elegant solution:

In Spotify for Artists you can already see to which playlists a song has been added. The personalized playlists are now marked with a blue button (“Personalized”).

Every artist can now find a personalized link to this playlist, which he can share. This link appears 7 days from the moment the song is added to the playlist.

If a fan clicks on this link, your song will appear at the top of the playlist. As soon as the link is clicked, the song will be shown at the first position for 24 hours, after that it will slide to its actual position or disappear completely from the playlist.

Why playlists are important but not everything

There are artists who have broken the million mark in terms of monthly listeners, but only have around 1000 followers. The case is clear: the streams here come largely from playlist placements.

On the other hand, there are artists who have millions of streams, tens of thousands of followers and yet are never found in a big playlist. Again, the case is clear: the streams come from the loyal fanbase they have built up.

Which shows us that playlists are a short-term affair. If you are in a popular playlist, this is quickly shown by the monthly listeners who, depending on the playlist, literally skyrocket. However, it often goes in the opposite direction as soon as the song is no longer in the playlist.

It is extremely difficult to gain fans through playlists, because people listen to the playlist because it suits their taste, but often they don’t really care who actually made the songs. So it can happen that you make thousands of Euros for a few months just because of Spotify playlists and when you are out of the playlist you have exaggeratedly said again only the tip you had before the playlist placement.

So it’s relatively simple: by placement in large playlists you can generate many streams and earn good money, at least in the short term. But in the long run, a high number of followers is much more important than the volatile number of monthly listeners. One million monthly listeners or one million streams unfortunately does not mean one million fans.

Of course you still have to try to place your songs in the playlists, one doesn’t exclude the other. But you shouldn’t invest all your energy in playlists, because you have to be aware that every label, every distributor, every artist and your mother also tries to get their songs into the playlists. So the competition is huge.

What is a reasonable ratio between followers and monthly listeners?

You can make quite a science out of the analysis of streaming and follower numbers, as this article by Sam Chennault (Chartmetric) shows, who analyzes the impact of playlist placements on follower numbers and also what influence the media presence of the artist has.

In the end, it can be summed up quite simply: You need both streams and playlist placements to generate sales, but above all you need followers to make your income sustainable. These fans are the ones who come to your concerts and buy your merchandise.

If anyone still doubts that streaming has long since overtaken the other forms of music consumption, there are some figures from 2018 to round off the story.

Worldwide, streaming now accounts for 46.8% of the music market’s revenues, significantly outpacing physical sales (25%) and especially downloads (12%). Of the 19.1 billion that were generated worldwide, a whopping 8.9 billion are thus attributable to streaming.

Germany is known as a late bloomer in terms of streaming and indeed almost half of the turnover is still generated with physical products (mainly CDs with 36.4%), but even here streaming is already responsible for 46.4% of the turnover. Completely irrelevant is the digital download which with 7.8% is only slightly ahead of vinyl (4.4%).

In Switzerland, streaming already contributes a substantial 58% to the music industry’s rising profits, while physical sales (24%) and downloads (18%) are steadily declining.

Do you have any questions about playlists?

Then contact our support at [email protected] or write us in the chat.