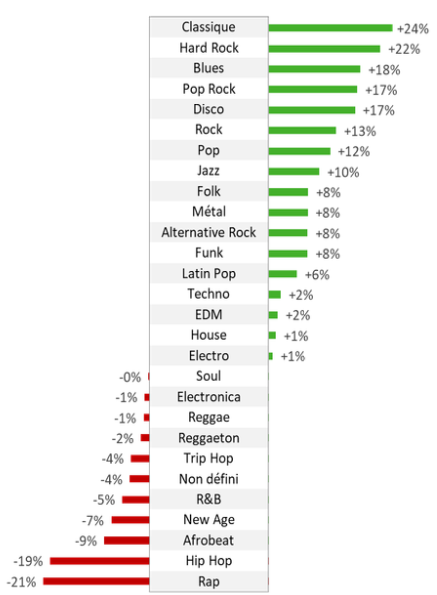 All relevant streaming services pay musicians based on the so-called pro-rata distribution model. To put it simply, all streams are thrown into one pot and the revenues distributed by percentage. Suppose there are a total of 1 million streams and 10,000 of them are yours, that means you receive 1% of the total revenues. What this method doesn’t take into account is the individual listening patterns of the individual users.

More and more voices are being raised demanding a fairer “user-centric” distribution model. In the user-centric model, the revenues garnered by each user would only be distributed to those artists that they actually listened to. While in the pro-rata model the Justin Biebers of this world will receive a portion of someone’s subscription fees even if they’ve never listened to them, this model would only support those artists that they actually streamed.

So, suppose that from someone’s subscription fees, 10 euros are distributed to the artists. If this person only listened to 10 songs from 10 artists, then each one of them would receive one euro. In the pro-rata distribution model, on the other hand, those 10 euros would just be thrown into a big pot and end up in some random artist’s account.

Is SoundCloud switching to User Centric?

After Deezer announced some time ago that they might change their model and nothing happened, things could take a more definitive form at SoundCloud.

Since SoundCloud is less dependent on big labels than other streaming providers, it would be easier for them to take this step. Still, the challenge is not to be underestimated. Whether SoundCloud will really change their model or just introduce a feature which offers users the option to “tip” their favourite artists, remains to be seen in the first quarter.

Do artists benefit from the user-centric model?

One of the most frequent criticisms of the pro-rata distribution model is that it favours major labels. The user-centric model was devised to benefit independent artists in particular. It will certainly satisfy listeners more if they knew that the musicians that they actually listened to are also the ones being paid. But would artists really benefit from a system change? A French study has examined and compared the two models

The study shows that it would primarily be the top 10 most streamed artists who would have to deal with significant losses (17.2% on Deezer, 12.5% on Spotify). Percentage-wise, artists with the least number of streams will profit the most, although we are still talking about small amounts here. The share of paid royalties will only decrease for the top 10 artists.

In practice, this would mean a loss of several hundred thousand euros for the top 10 artists. The artists on ranks 11-100 would earn about an additional 9,000 each; those on ranks 101-1000 around 2,500 per artist. For everybody else it would only make a difference of less than 10 euros per year. A real profit would mainly be gained by most of the top 1000 artists, but for the large majority, the effect would be fractional.

Another profiteer would be the back catalogues of artists, which would now receive 52.1% instead of 48.9% of the royalties. But the real big changes would happen between genres. This is because niche-genres would benefit the most from a system change, especially classical music, hard rock, and blues, but also popular genres such as pop and rock. This change would mainly occur at the expense of hip hop releases, which would lose a big fat 40% of their revenues.

Meanwhile, a shift from big corporations to smaller distributors cannot be observed. On the contrary, the five biggest companies would actually increase their market share by 0.7%.

However, the study did note advantages in the prevention of fraud by buying streams.

The study further observes that changing the distribution model has high cost implications. This is probably one of the reasons why barely any streaming provider has considered the change so far.

But at the very least the numbers from this study also show that a system change would have little impact for the lower-tier compensation of artists anyway. As soon as new data appears or new models are introduced, you will find out about it here.

The study by the Centre National de la Musique (CNM) is based on numbers from Spotify and Deezer, as well as various major and independent labels. Other streaming providers refused to provide their data for the study. The analysis uses numbers from 2019 and was conducted exclusively on French users with a premium subscription.