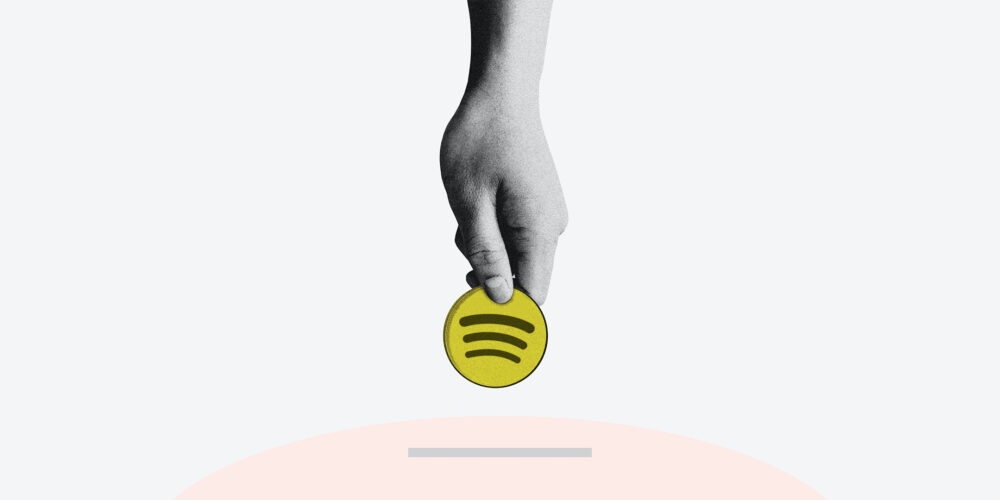 As a fan, people can support their favorite artists on streaming platforms by following them, streaming their songs, and adding them to different playlists. But as iGroove Magazine has brought up multiple times, it is hardly possible to support these artists financially. Even if a fan listens to 100 of their favorite artist’s songs every month, only a few cents will get to them in the best-case scenario. It’s different with the Chinese streaming platforms, where direct payments from fans to artists make up a significant portion of the revenues. Now, Spotify, too, is taking their first steps in this direction.

In April of 2020, Spotify launched the “Artist Fundraising Pick” as a response to the COVID outbreak. With it, fans could support musicians or an organization that the artist in question had picked. It was used by around 200,000 artists. This tipping feature has now been renamed “Fan Support” and will thus be continued past the pandemic. How much it will be used by fans without getting anything out of it, remains to be seen.

What could potentially be more promising are the sources of revenue planned for Spotify Live (formerly Spotify Greenroom). Artists will be able to set up their own “Live Audio Rooms” for their top fans and use it to sell merch, promote concert tickets, or receive tips from fans, as well. Spotify is thus trying to add features that are already working perfectly on Twitch or YouTube and that are a secure source of income for many creators.

However, it is also clear that for the time being, this is just an experiment. It remains to be seen how it will be received by the fans as well as the musicians. It is therefore not yet available for all artists, although you can apply for it if you’re interested.

It will certainly be interesting to see whether fan payments can take root within the Western streaming services, as well, and whether the features will be expanded in the future.

Additionally, Spotify has recently published an update to their “Fan Study.” Here are some interesting facts we can learn from it: