A good music cover – why it is important 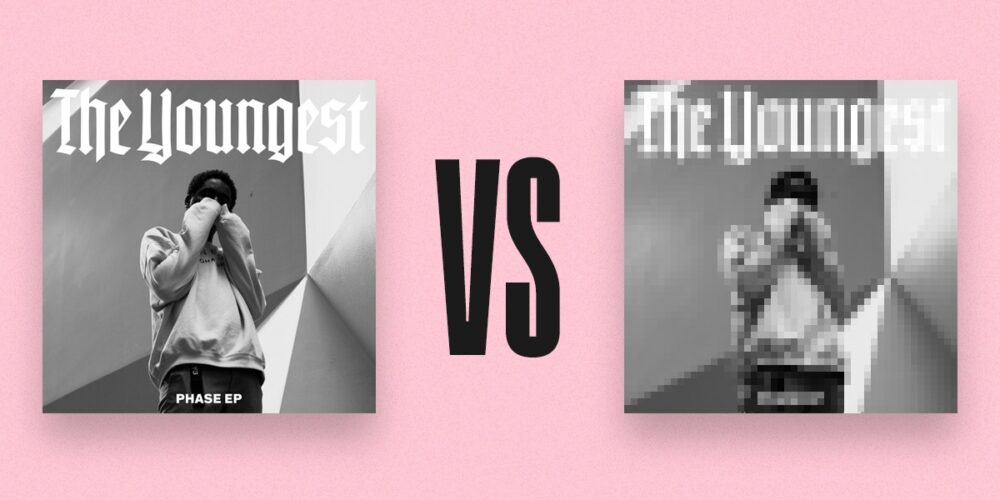 Who has already delivered some releases to the shops via iGroove may have already received a message from us regarding the music cover quality. Even if one or the other might have felt so: No, we don’t do this for fun or for sadistic or other dark motives. The reason why we regularly have to reject cover images is simple: the shops have defined rules that we have to follow.

Cover up: Streaming services like Apple Music or Spotify are picky

One of these rules says that the music cover image must be delivered in the size 3000 x 3000 (see iTunes under point 17, similar to Spotify). Especially because of this admittedly quite opulent size many of the submitted music covers fail as they are pixelated.

Our tips for a good cover image

Here are some tips from our in-house graphic designer on how to avoid this:

Album cover as an art form

That was all a bit regulatory and technical, because actually a cover is (or at least could be) one thing above all: art. A nice album cover is part of the whole artwork and ideally completes your music. Unfortunately, in our daily work we also encounter many lovelessly designed cover images. These artists seem to forget that in most cases a consumer – whether in a record store, at Spotify or iTunes – first sees the cover of your work before checking out the music.

I don’t know about you but I’ve already listened to many releases just because I liked the cover although I’ve never heard of the artist before. The opposite can also be the case; an ugly album cover or one that doesn’t fit with the music can keep many people from giving your songs a chance in the first place.

An artwork is part of the release

As mentioned above, it can be that your release doesn’t even make it so far that consumers can decide whether to listen to it or not. Specifically, when the shops (or we as a stopover to them) reject the artwork.

As said before, many cover images fail because of the quality. But there are also some other points you have to consider:

After these many prohibitions now some things you may do, to loosen up the situation:

Our last tip: Don’t just tinker something on any programs yourself but get a professional! Not only for creative reasons it is worth working with a graphic designer, but also to avoid unnecessary delays due to poor quality of the artwork.